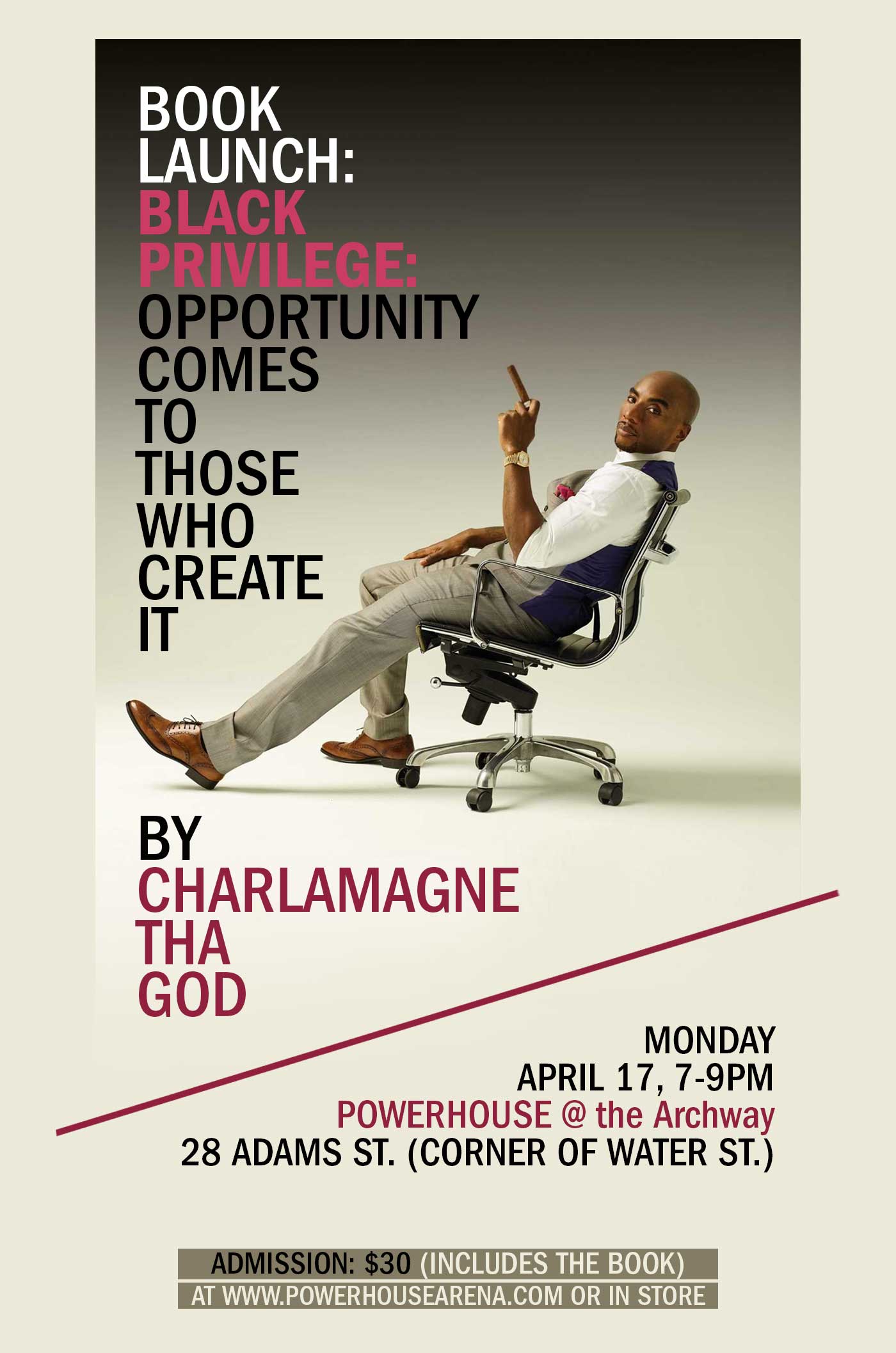 Purchase here. Seating is on a first-come, first-served basis and not guaranteed.

Charlamagne Tha God, co-host of Power 105.1’s The Breakfast Club, shares his unlikely success story as well as how embracing one’s truths is a fundamental key to success and happiness. Moderated by Angela Rye, attorney and political strategist!

Charlamagne Tha God—the self-proclaimed “Prince of Pissing People Off,” co-host of Power 105.1’s The Breakfast Club, and “hip-hop’s Howard Stern”—shares his unlikely success story as well as how embracing one’s truths is a fundamental key to success and happiness.

In his new book, Charlamagne Tha God presents his comic, often controversial, and always brutally honest insights on how living an authentic life is the quickest path to success. Beginning with his journey from the small town of Moncks Corner, South Carolina to his headline grabbing interviews with celebrities like Justin Bieber, Jay-Z, Nicki Minaj, Kanye West, and Hillary Clinton, he shares how he turned his troubled early life around by owning his (many) mistakes and refusing to give up on his dreams, even after his controversial opinions got him fired from several on-air jobs. Combining his own story with bold advice and his signature commitment to honesty at all costs, Charlamagne hopes this book will give others the confidence to live their own truths.

This event will be live-streamed — you might be on camera!

Charlamagne Tha God is co-host of the nationally syndicated hip-hop iHeartRadio program The Breakfast Club, and featured television personality on MTV and MTV2. He is also a social media influencer; an executive producer with his own production company, CThaGod World LLC; co-host of the popular podcast “Brilliant Idiots;” and author of his own Marvel Comic. Born and raised in a small town in South Carolina, Charlamagne quickly rose to become one of today’s most unique and compelling media personalities. His controversial opinions and provocative celebrity interviews help drive the daily national conversation about issue related to hip-hop, race, society, and politics.

Angela Rye is Principal and CEO of IMPACT Strategies. Featured as an influential politico, lawyer, and advocate by several publications and outlets from Marie Claire to Ebony and the Washington Post, Rye has an unwavering commitment to ensuring positive change in the political process. She is a prominent political strategist who offers regular on-air commentary for several media outlets including BET, CNN, MSNBC, and TV One. The depth of her dialogue ranges from political campaigns to more complex legislation that bears long-term implications nationally and internationally.