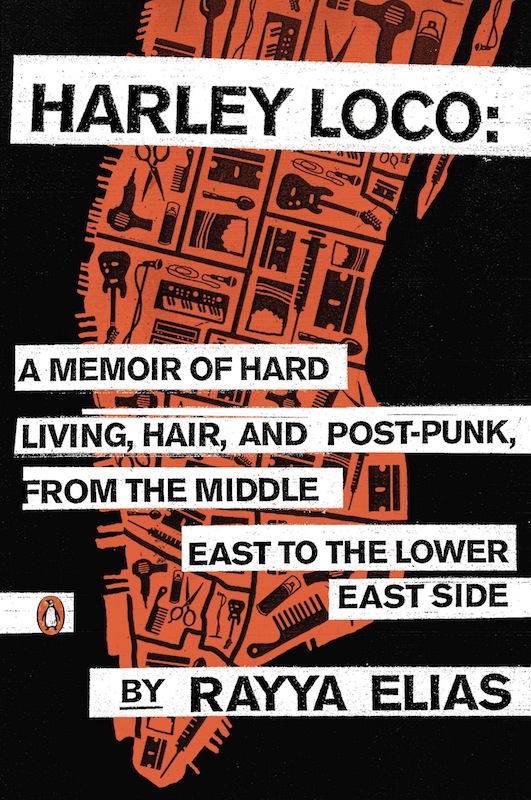 The musician, hairdresser, and filmmaker recalls her journey from her childhood in Syria to her adventures in NYC. Elizabeth Gilbert joins Elias in conversation.

HARLEY LOCO: A Memoir of Hard Living, Hair, and Post-Punk, from the Middle East to the Lower East Side, the unabashed memoir of debut writer Rayya Elias, is a dynamic, moving chronicle of a hard-won search for self, its author, stubbornly certain that no matter what, we can eventually change our lives for the better without regret for the past.

Born in Aleppo, Syria, Elias left with her family at the age of seven to escape rising religious and political tensions and settled in the suburbs of Detroit, only to discover herself newly embedded in a different kind of hostile landscape.  Bullied in school for everything from not being cool enough (her mother made her clothes) to her language barrier, and caught between the worlds of her traditional family and her tough American classmates, she rebelled early.

Elias moved to New York City young to become a musician and kept herself afloat with an uncommon talent for cutting hair. At the height of the punk and new wave movements, life on the Lower East Side was full of adventure, creative inspiration and temptation.  But before long, her passionate affairs with lovers of both sexes went awry, her drug recreation became drug addiction, and if she wasn’t living on the streets, she was in jail.

Like any coming-of-age story, Elias’ tale is both unique and universal; as Elizabeth Gilbert, in her introduction to the book, puts it, Elias had “experienced wealth, homelessness, brushes with fame, rehab (and more rehab), a million blown second chances, a dozen broken hearts, and one bloody-knuckled, ultimate spiritual redemption.”

Elias’ unapologetic, contagiously vibrant personality, and her wit and lack of self-pity in the face of extreme highs and lows, make HARLEY LOCO a mesmerizing read that’s sure to appeal to fans of Patti Smith and Augusten Burroughs.
About the Author and Moderator: 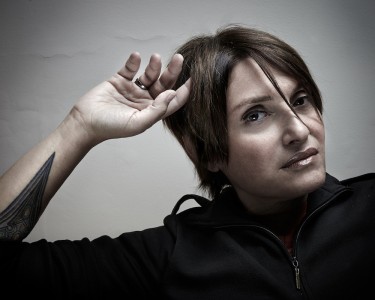 RAYYA ELIAS was born in Aleppo, Syria, in 1960, and moved to the United States in 1967. She is a musician, hairdresser, filmmaker, and also sells real estate to make some extra scratch. Elias lives in New York City and has been clean since August 8, 1997.

Elizabeth Gilbert is the acclaimed author of six books of fiction and nonfiction. In 2008, Time magazine named Gilbert as one of the most influential people in the world. She lives in Frenchtown, New Jersey.