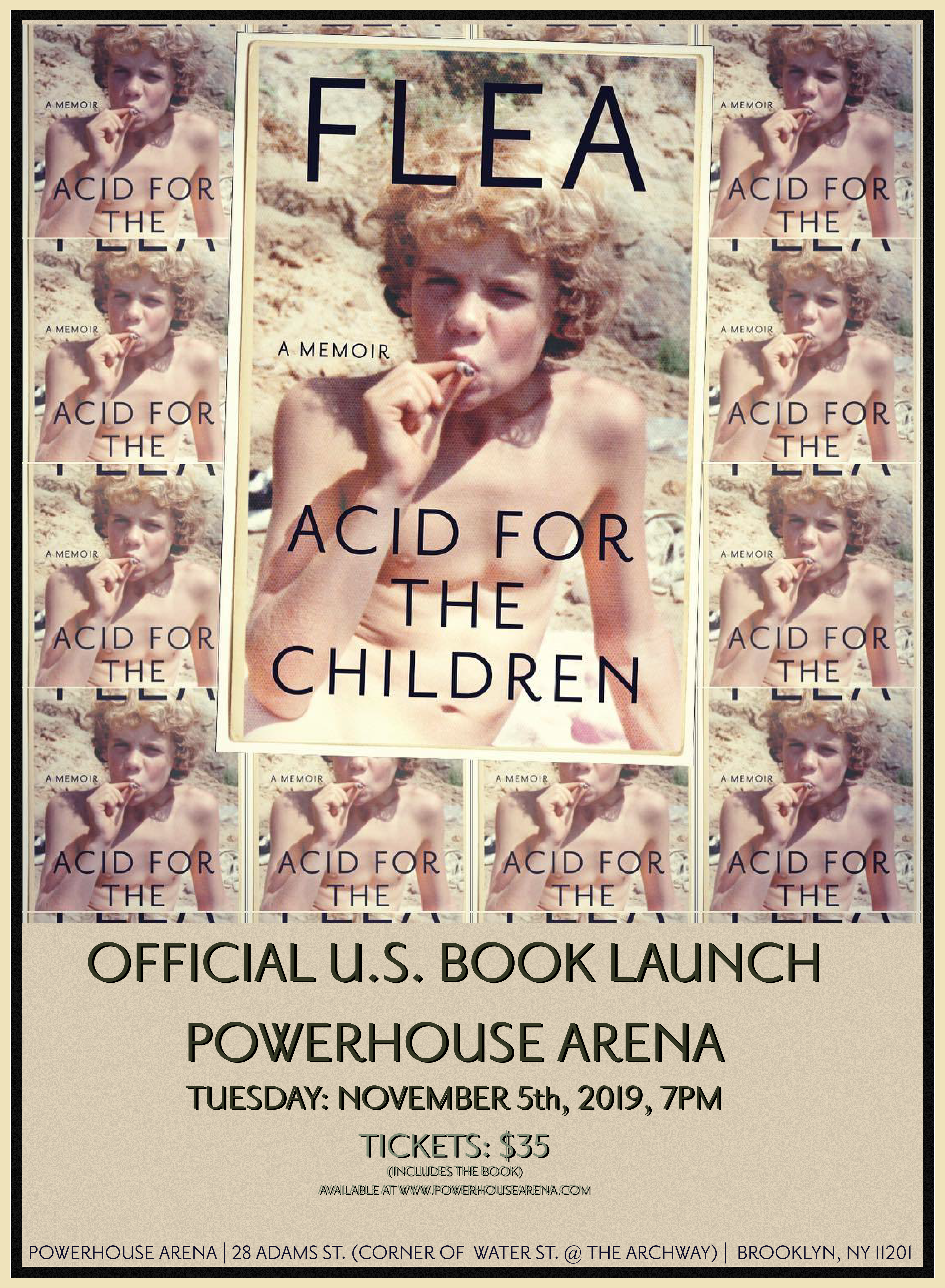 Tickets are SOLD OUT!

Seating is on a first-come, first-served basis and not guaranteed.  Flea will be in attendance, talking with writer and editor Elaine Szewczyk, reading and taking questions.

We are proud to present the official U.S. launch of Flea’s long-awaited memoir, Acid For The Children.

About the Book.
The iconic bassist and co-founder of the Red Hot Chili Peppers tells his fascinating origin story, complete with all the dizzying highs and the gutter lows you’d want from an LA street rat turned world famous rock star.

In Acid for the Children, Flea takes readers on a deeply personal and revealing tour of his formative years, spanning from Australia to the New York City suburbs to, finally, Los Angeles. Through hilarious anecdotes, poetical meditations, and occasional flights of fantasy, Flea deftly chronicles the experiences that forged him as an artist, a musician, and a young man. His dreamy, jazz-inflected prose makes the Los Angeles of the 1970s and 80s come to gritty, glorious life, including the potential for fun, danger, mayhem, or inspiration that lurked around every corner. It is here that young Flea, looking to escape a turbulent home, found family in a community of musicians, artists, and junkies who also lived on the fringe. He spent most of his time partying and committing petty crimes. But it was in music where he found a higher meaning, a place to channel his frustration, loneliness, and love. This left him open to the life-changing moment when he and his best friend, soul brother, and partner-in-mischief came up with the idea to start their own band, which became the Red Hot Chili Peppers.

Acid for the Children is the debut of a stunning new literary voice, whose prose is as witty, entertaining, and wildly unpredictable as the author himself. It’s a tenderly evocative coming-of-age story and a raucous love letter to the power of music and creativity from one of the most renowned musicians of our time. 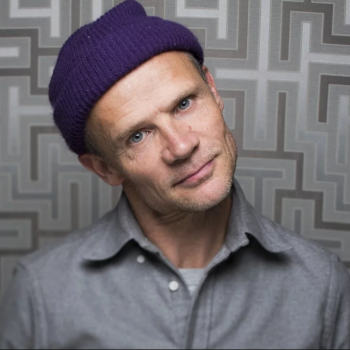 FLEA is an Australian-born American musician and occasional actor. He is best known as the bassist and co-founding member of the Red Hot Chili Peppers, and co-founder of The Silverlake Conservatory of Music.