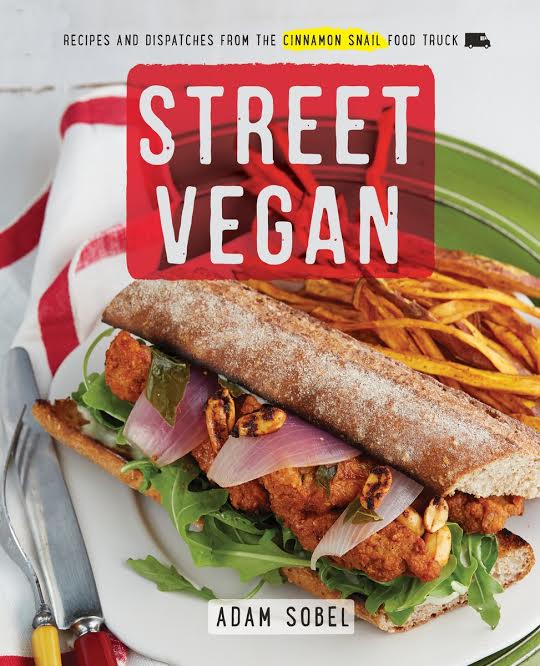 Four-time Vendy Award-winning vegan food truck owner Adam Sobel brings the flavors of street cuisine to your kitchen with recipes like Fried Dandelion Greens with Lemon Garlic Potatoes and Brown Sugar-Bourbon Glazed Seitan.  Taste and learn how to recreate these treats for yourself!

The Cinnamon Snail truck will serve food from 6-9 outside the store on Water St.

The thousands of fans who stood in around-the-block lines each week knew what was up: The Cinnamon Snail food truck has serious street credit with vegans and carnivores alike. Before going on hiatus earlier this spring, the truck was named “The Best Food Truck in NYC” by Gothamist, one of the top five food trucks in America by the Huffington Post, and one of the New York Times’s favorite doughnut spots in NYC. From Beer-Battered Habanero Buffalo Wings to Lavender Pear Fritters, chef Adam Sobel challenges how we think about vegan cuisine.

While fans wait to see what Adam and The Cinnamon Snail get up to next, they can try out his genius vegan recipes at home with Street Vegan: Recipes and Dispatches from The Cinnamon Snail Food Truck. Adam shares 150 recipes that teach readers how to master ingredients, build sandwiches overflowing with delicious flavors, and make his award-winning and obsession-inducing donuts.

These comforting and decadent recipes include:

Peppered throughout Street Vegan are Adam’s absurd stories and inquisitive ruminations—tales of negotiating parking tickets with free pastries and the unexpected silver lining of working in a truck rather than a restaurant—as well as irresistible photos of the food and of life inside the snail. Street Vegan delivers a vegan cookbook that is mouthwatering, provocative, and enticing on every page. 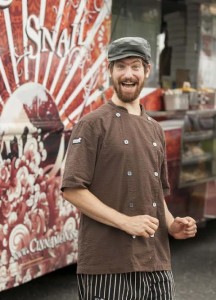 Adam Sobel is the chef and owner of the award-winning vegan food truck The Cinnamon Snail. He has appeared in episodes of Donut Showdown and Eat St. on Food Network, and Vegan Mashup and Food Curated on PBS. He has written about vegan food for Vegetarian Times and teaches regular cooking classes at the Institute of Culinary Education in New York. When he’s not doing any of that, he can be found in New Jersey, snuggling with his two vegan daughters and his rescued Border Collies. 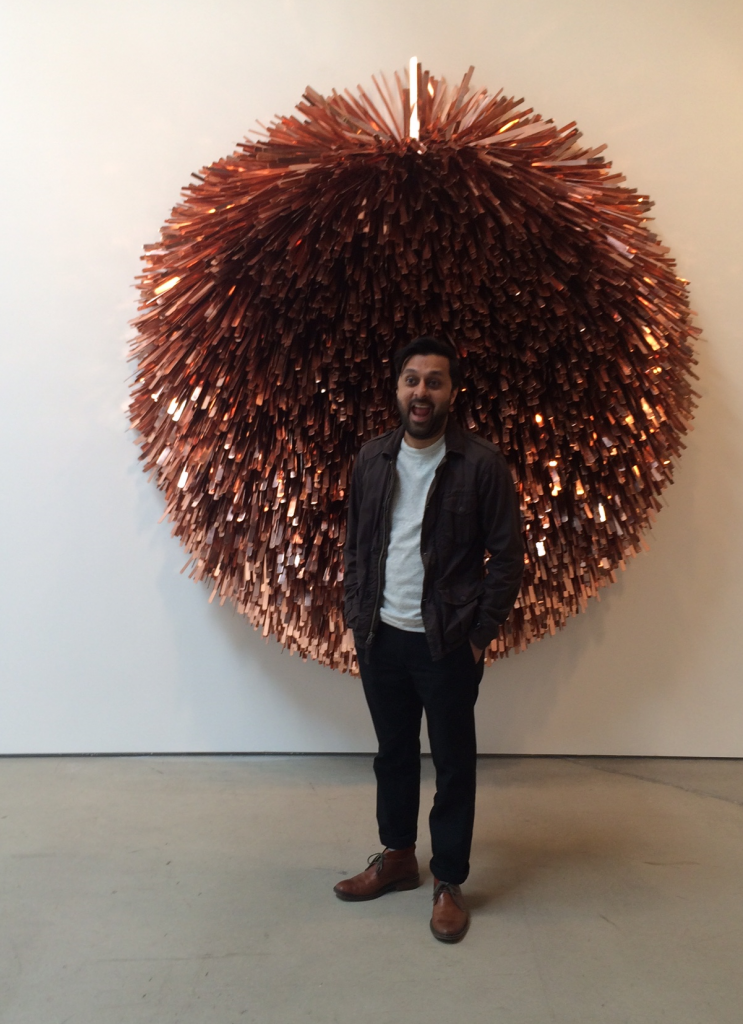 Manish Engineer has been a vegetarian for nearly 20 years. He formerly worked as the digital product manager at Random House where he worked on many of the top cookbooks at Clarkson Potter. He currently works at the Museum of Modern Art, and the Midwesterner in him loves nothing more than a good sandwich