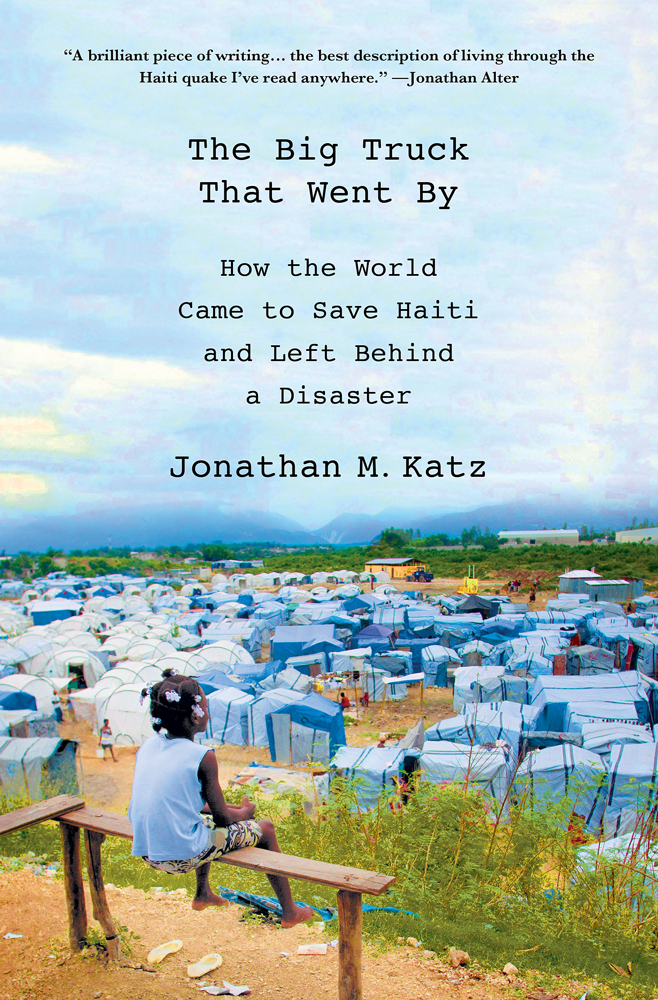 Award-winning journalist Jonathan Katz, the only full-time American correspondent in Haiti during the devastating 2012 earthquake, launches his investigation of how ordinary Haitians fared in the disaster’s aftermath.

About The Big Truck That Went By:

As a reporter for the Associated Press in Port-au-Prince, Haiti, Jonathan M. Katz was the only full time American correspondent in the country when the devastating earthquake hit on January 12, 2010. He stayed on for another year to document how ordinary Haitians fared in the aftermath, and the progress of the huge international effort to rebuild. THE BIG TRUCK THAT WENT BY: How the World Came to Save Haiti and Left Behind a Disaster is a firsthand account that weaves together a young reporter’s chase for the story, and a quick paced, profoundly moving narrative of what it’s like to live in the aftermath of a disaster where a quarter of a million people die. Katz reveals the pain and perseverance of Haiti’s courageous people, and uncovers how the relief effort went astray, and how, in the future, international aid can become smarter.

The punch of the book is a hard-hitting and controversial claim that Western aid to impoverished countries is not always well intentioned. Katz follows the money and finds some disturbing and surprising evidence about why aid doesn’t always make it to the right place. In the weeks following the quake, as money continued to flow into immediate relief like emergency medical care, support for long term social reconstruction was slow to come by. Katz describes the ramifications of this delay, especially with regard to the impromptu camps that served as housing for massive amounts of people in the quake’s aftermath. He also takes into account the long and complicated battle over the actual relief funds, and why the overwhelming amount of international pledges still fell short in the face of such widespread need.

Katz then describes how foreign assistance causes harm: He was the reporter who broke the story that the cholera epidemic that has now killed nearly 8000 people in Haiti was likely introduced to Haiti by a UN peacekeeping unit from Nepal. The book presents new details of Katz’s investigation, the drama of the epidemic, and victims’ fight for accountability.

Katz’s first-hand reporting brings the story to life as he follows Bill Clinton, Sean Penn, and Haiti’s leaders through the disaster zone, while describing the challenges faced by everyday people. Hundreds of thousands have spent three years living under tarps. How they eke out a living and what their dreams and futures hold for them is revealed in detail in the book. Publishing to coincide with the third anniversary of the quake, Jonathan can speak directly to several current events issues:

Jonathan Katz is the 2010 recipient of the Medill Medal of Courage in Journalism and the 2012 winner of the J. Anthony Lukas Work-in-Progress Award for this book. He wrote for the AP for seven years, reporting on the Mexican drug wars, the Israeli-Palestinian conflict, and Washington politics. He routinely appears as an expert on Haiti for television and radio, with interviews on ABC News, BBC World Service, NBC Nightly News, NPR, CBC Television, and Democracy Now.