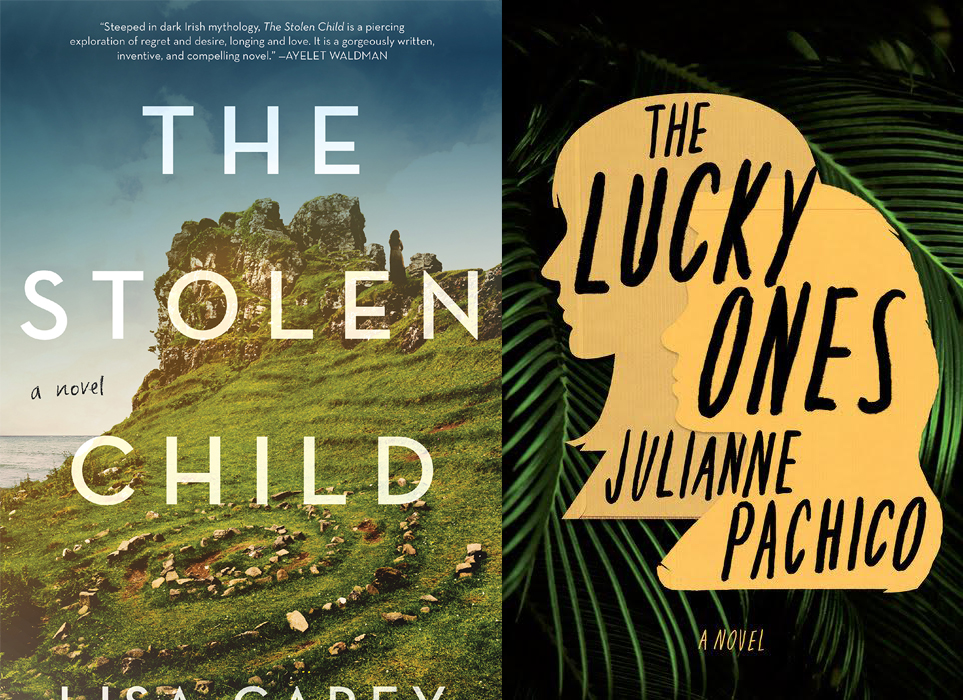 Set on an enchanted island off the west coast of Ireland, Lisa Carey’s luminous new novel explores themes of regret and desire, myth, and the universal need to connect.

Julianne Pachico’s debut novel The Lucky Ones reads like a literary jigsaw puzzle set in Colombia during the peak of its decades-long conflict, and in New York City.

About The Stolen Child:

St. Brigid’s Island is a secluded community off the west coast of Ireland; a world steeped in tradition, ripe with familial love and deceit, and brimming with magic. This is the atmospheric and enchanted setting for The Stolen Child, by award-winning author Lisa Carey. Set in 1959, the story follows twenty-three year old twins, Rose and Emer, who, though they are married to brothers, could not be more different. Rose, fulfilled by her position as a wife and mother, embraces island life and is adored within the community. The caustic Emer, trapped in a loveless marriage, is cursed with hands that harm those she touches. Though curt with everyone except her beloved son, Niall, Emer craves the warmth her sister attracts.

When Brigid, a striking American stranger with her own mystical power, arrives to reclaim her deceased uncle’s abandoned cottage, the sheltered community is suspicious of her motives. Initially ostracized for her differences by everyone but Emer, Brigid sparks a friendship with this prickly woman. Their relationship secretly deepens into a heated and tumultuous love affair, threatened by the fear of discovery, wounds from the past, and clashing desires. Filled with the imaginativeness of The Snow Child and the sensuality of The Paying Guests, The Stolen Child is as unusual as it is evocative.

The supernatural imbues every page of the story—St. Brigid’s Island itself becomes a character: beautiful but changeable, bright sunshine one moment and lashing rain the next, a safe haven for its inhabitants but also their prison. As winter approaches and the community hunkers down, largely trapped on the island until the sea calms in the spring, the uncanny begins to happen. A deadly storm appears out of nowhere. Brigid, infertile since a hysterectomy, becomes pregnant. Someone—or something—else seems to peer through Niall’s eyes. Emer grows frantic, sensing a growing threat to her son’s life. The fantastic events culminate in one shocking night that will change the island, and its inhabitants, forever.

Lisa Carey grew up in Brookline, Massachusetts. She’s written four novels including her debut, the critically-acclaimed The Mermaids Singing and Every Visible Thing, which won a Lambda Literary Award for Fiction. She has been awarded fellowships at The Hawthornden Castle Writer’s Retreat, The Tyrone Guthrie Centre at Annaghmakerrig, The MacDowell Colony, The Virginia Center for the Creative Arts, and Ragdale. 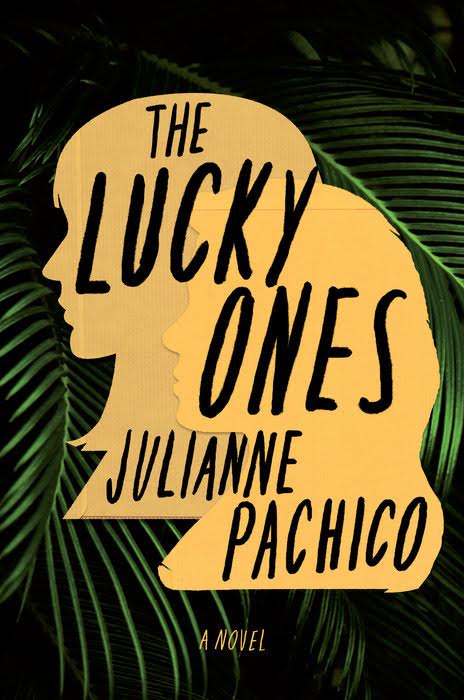 A literary jigsaw puzzle of a debut novel set in Colombia during the peak of its decades-long conflict, and in New York City

While her parents are away, a teenager finds herself home alone, with the household staff mysteriously gone, no phone connection, and news of an insurgency on the radio—and then she hears a knock at the door. Her teacher, who has been kidnapped by guerrillas, recites Shakespeare in the jungle to a class of sticks, leaves, and stones while his captors watch his every move. Another classmate, who has fled Colombia for the clubs of New York, is unable to forget the life she left behind without the help of the little bags of powder she carries with her. Taking place over two decades, The Lucky Ones presents us with a world in which perpetrators are indistinguishable from saviors, the truth is elusive, and loved ones can disappear without a trace.

A prismatic tale of a group of characters who emerge and recede throughout the novel and touch one another’s lives in ways even they cannot comprehend, The Lucky Ones captures the intensity of life in Colombia as paramilitaries, guerrillas, and drug traffickers tear the country apart. Combining vivid descriptions of life under siege with a hallucinatory feel that befits its violent world, The Lucky Ones introduces a truly original and exciting new voice in fiction.

Julianne Pachico grew up in Cali, Colombia, and lived there until she was eighteen. She is currently completing a Ph.D. in creative writing at the University of East Anglia in England. Her story “Honey Bunny” appeared in The New Yorker, and two of her stories have been anthologized in Best British Short Stories 2015.