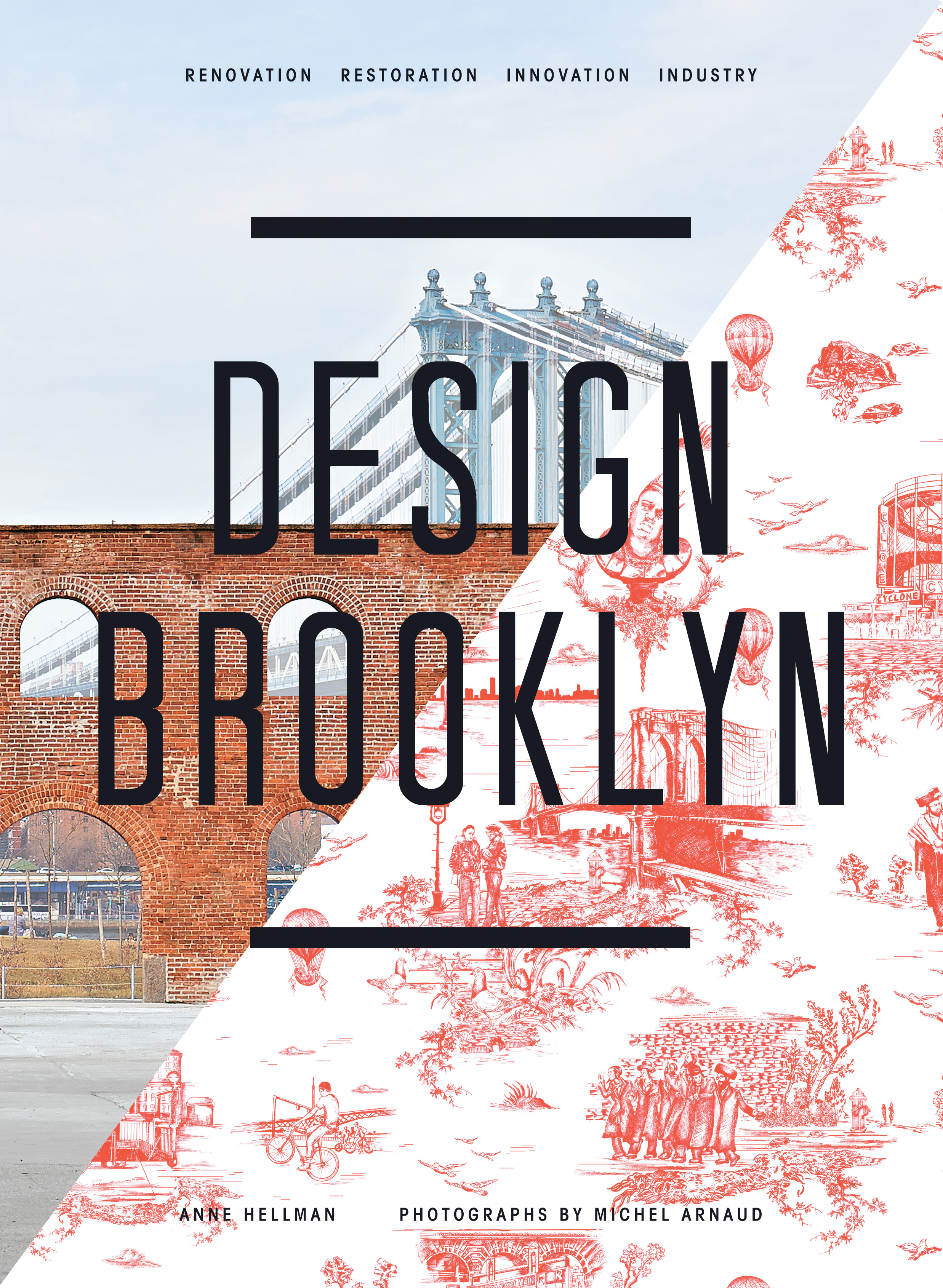 This beautiful book visually explores the unique and diverse architecture, interiors, and design of private and public spaces of the outer borough. Hellman and Arnaud will be joined in conversation by Jane Walentas, president and founder of Jane’s Carousel; historian Lucas Rubin; and architect Chris McVoy.

Design Brooklyn is a visual exploration of the unique and diverse architecture, interiors, and design of public and private spaces in today’s Brooklyn, from mechanics’ shops renovated into restaurants, to newly built public spaces, to restored brownstones and modern townhouses.

Chapter 1, “Renovation,” looks at combinations of old and new—not just preserving the old, but renewing with modern improvements such as the conversion of a factory building into the popular Wythe Hotel in Williamsburg and residences that put a fresh spin on Victorian interiors with mid-century furniture and contemporary wall coverings. This is followed by “Restoration,” which discovers homes, a public park, and Jane’s Carousel, all meticulously returned to their original states, showing how careful architectural preservation can thrive next to structures exploring more contemporary ideas. Chapter 3, “Innovation,” reveals some of the most cutting-edge moves in architecture and design, from the BAM Fisher to avant-garde interior designs like Roberta’s in Bushwick, composed with unconventional materials. The final chapter, “Industry,” shows the breadth of Brooklyn’s budding small-scale urban manufacturing, beginning in the Brooklyn Navy Yard and reaching out to designers’ studios in other postindustrial areas.

More than 150 original photographs showcase various neighborhoods and trends throughout the borough. Including studies of the Brooklyn Academy of Music’s newest addition, Fort Greene Park, and Boerum Hill’s Flavor Paper, Design Brooklyn will appeal to anyone interested in urban living, design, and trendsetting Brooklyn style.
About the Authors: 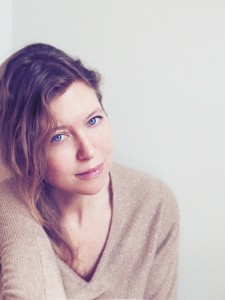 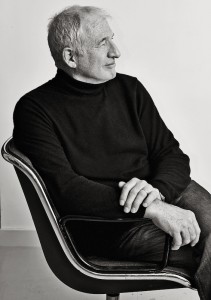 Anne Hellman is a Brooklyn-based writer and editor. She is the coauthor most recently of LogoLounge 7 and of Designers on Design: Joel Desgrippes and Marc Gobe on Emotional Brand Experience. Michel Arnaud is an acclaimed photographer of interiors and fashion. His work has appeared in Vogue, Harper’s Bazaar, Town & Country, Architectural Digest, Oprah, House & Garden, the New York Times, and InStyle, and in many solo and group exhibitions in Europe and the United States. He divides his time between New York City and upstate New York. Together Hellman and Arnaud started the blog Design-Brooklyn.tumblr.com

Jane Walentas is responsible for the 25 year restoration of a magnificent, hand-carved 1920’s carousel known as “Jane’s Carousel.” Situated in Brooklyn Bridge Park, the carousel is nestled between the Brooklyn and Manhattan Bridges in an exciting pavilion designed by acclaimed architect Jean Nouvel. “Jane’s Carousel” has become an icon on the Brooklyn waterfront.

Jane worked for many years as an Art Director in Advertising Design, with numerous design positions on major consumer brands. She worked mostly in the cosmetic industry for Elizabeth Arden, Avon and for many years at Estee Lauder. She moved to New York after working for Testa Publicita in Torino Italy. Originally from Teaneck, N.J., Jane graduated from Moore College of Art & Design in Philadelphia in 1966 with a BFA in Advertising Design and received an MFA in printmaking from NYU in 1985.

For years , Jane has participated with her husband David and their son Jed in pioneering the development of the DUMBO neighborhood in Brooklyn. Jane serves on the Board of Directors at Moore College, where she has recently established a fully endowed 4-year scholarship and internnational travel fellowship. The Walentas’ live and work (and play) in DUMBO, except on weekends, when they head to their farm Two Trees Stables, a show horse and polo facility in Bridgehampton, L.I.

Lucas Rubin has had a lifelong fascination with the evolution of the built environment, in particular the “lives” of buildings – how they’re designed, built, and the ways in which they are transformed from their original functions to assume others. He holds a PhD. in Classics with a specialization in Roman archaeology from the University of Buffalo and his dissertation focused on the impact of repeated fires on the urban fabric of ancient Rome. During the day he is the Director of Columbia University’s Graduate Program in Sports Management. His interest in Brooklyn is self-taught and lifelong — among his fondest memories of a childhood spent in Park Slope was that trolley tracks were still visible in Seventh Avenue. He is the author of Brooklyn’s Sportsmen’s Row: Politics, Society and the Sporting Life on Northern Eighth Avenue (History Press, 2012).

Chris McVoy formed O’Neill McVoy Architects with Beth O’Neill in 2012 to make sensate architecture by illuminating the latent potential of a project’s contingencies – the special qualities of site and the program’s highest aspiration. OM Architects aims for an Architecture that transforms the everyday through contours of space and material, animated by light in time. Current projects include transforming a midtown loft building for creative offices, and the Bronx Children’s Museum Kids’ Powerhouse Discovery Center. Chris is also the Senior Partner of Steven Holl Architects where he has co-designed with Steven Holl several internationally recognized, award-winning projects including The Nelson Atkins Museum of Art Bloch Building, Kansas City; The University of Iowa School of Art and Art History, Iowa City; Columbia University Campbell Sports Center, New York; Stadgenoot Office Headquarters, Amsterdam; and the Glasgow School of Art New Building, Glasgow.  Chris holds a B.A. in Architecture from the University of Virginia and a Master of Architecture from Columbia University.