In fall 2006, world-renowned and critically acclaimed publisher powerHouse Books launched The POWERHOUSE ARENA, a laboratory for creative thought and premier venue for exhibitions, installations, presentations, displays, viewings, performances and readings. Located at 28 Adams Street in DUMBO, Brooklyn, The POWERHOUSE ARENA is an exhibition space, boutique bookstore and event space. A singular and utterly unique space, the Arena’s versatility is unmatched by any other in New York City, with floor views of the East River waterfront set against the breathtaking backdrop of the Brooklyn Bridge, Empire-Fulton Ferry Warehouse, and the stately Manhattan Bridge.

Since its inception, The POWERHOUSE ARENA has hosted a series of landmark exhibitions and events, including the St. Ann’s Warehouse after party for the world premiere performance of Lou Reed’s Berlin; The Creators Project; VICE Magazine & Intel’s festival fusing the worlds of art and technology, VH1’s Hip Hop Honors Week; The New Yorker Speakeasy; PEN World Voices; the National Book Foundation’s “5 Under 35” event; the NYC location for the Paul Frank Academy of Awesome US Tour and the product launch for Absolut’s Absolut Brooklyn, an infused vodka collaboration with Spike Lee. Past events have also been held for MTV/Viacom, Columbia University, Pratt Institute, and the Brooklyn Film Festival among many others. 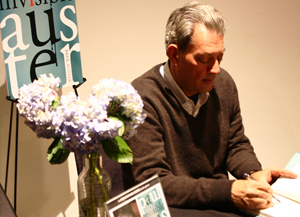 Our kids’ events cater to the many families throughout the borough and beyond. We’ve hosted beloved children’s book authors such as Mo Willems, Peter Brown and Lemony Snicket for Sunday afternoon readings, and we also run a weekly story time for neighborhood children led by ARENA staff.

Besides its literary programming, the Arena has been the site of an eclectic mix of gallery exhibitions and installations. Since their inauguration, the Arena’s main gallery walls have supported such notable shows as: Nike’s RE-RUN launch; Boost Mobile’s All Writes Reserved exhibit; a legal defense fundraiser for graffiti artist Alan Ket; and, the New York Photo Festival’s Capture Brooklyn and HumanKind juried photo invitationals, to name a few. 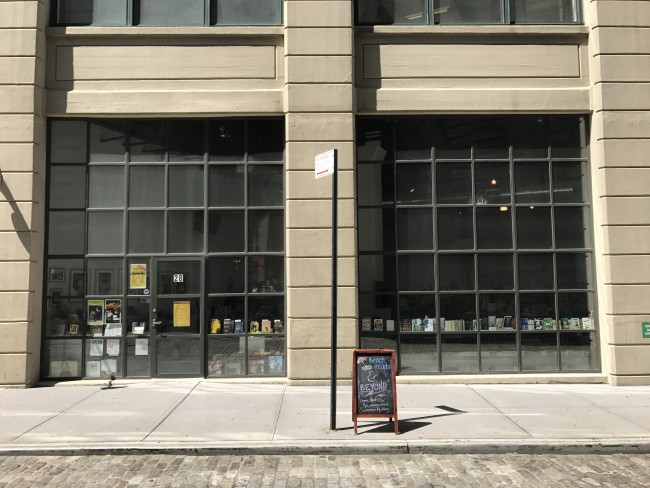 “The powerHouse Arena is quickly becoming one of the best spots to hear authors read their work.”
— Time Out New York

“The powerHouse Arena has all the books you want, and none of the ones you don’t. It’s Great!”
— DC Pierson – Author of The Boy Who Couldn’t Sleep and Never Had To

“powerHouse events are all-out parties rather than staid readings. Attention is paid to pairing the right music with the right book-performers from Kool DJ Red Alert to the MisShapes have played book parties-and an open bar is almost always part of the equation.”
— Publishers Weekly

“If you are looking for great kids’ books, powerHouse Arena has done all of the work for you. They have assembled such a fun collection of books that you can not go wrong. Beautiful classics, new discoveries, unexpected treasures. Go there now.”
— Jon Scieszka – Author of The Stinky Cheese Man

“powerHouse Arena is one of the few places in the city where writers and readers can have a dialog in what has to be the most impressive reading space any indie bookstore offers. It’s a great reminder why independent bookstores are so necessary, and what their function is in a democracy; it gives all of us an opportunity, to openly discuss, in public, face to face questions of the day. The fact that they serve alcohol is, of course, no minor benefit.”
— Joe Meno – Author of The Great Perhaps